Tunisia is improving in quantity and quality - Santagata 1907 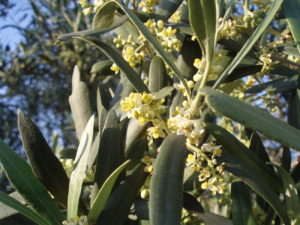 In recent years Tunisian olive production has grown considerably in quantity and quality, placing the country among the world’s leading olive oil producers, along with Spain, Italy and Greece.

One-third of the country’s agricultural area is covered by olive trees and olive production accounts for about 15% of the total agricultural production. Olive growing focuses on two main cultivars: Chemlali, comprising 70% of Tunisian production, is cultivated in the center and in the south of the country; Chetoui, representing 10% of the output, is cultivated in the northern regions. The olive oil obtained from Chemlali is sweet, minimally bitter and not pungent, while the one obtained from Chetoui is characterized by an intense fruity taste, with bitter notes. The two varieties are often blended together to obtain highly balanced olive oils. Other minor cultivars are distributed in the different climatic areas of Tunisia.

In the world scenario, Tunisian oils account for about 20% of exported olive oils, out of which 73% are extra virgin. The main destinations of Tunisian exports are Italy (38%) and Spain (23%). In our country, where olive oil output does not meet the  high demand – for both domestic consumption and export – Tunisia production is a key resource.